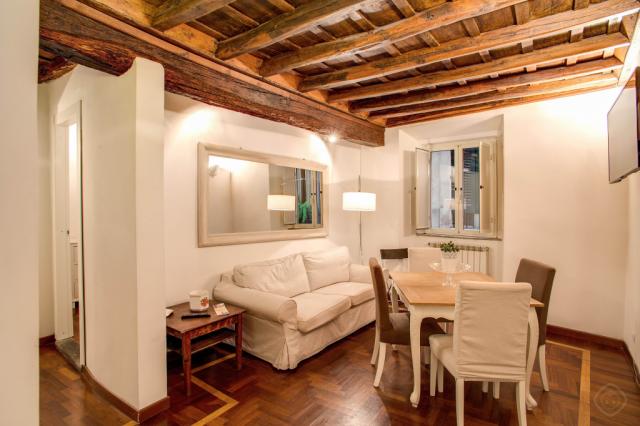 This charming and authentic 4-bedroom apartment is located a short distance from the beautiful Piazza Navona in the centre of Rome.
More about: HI Navona apartment Rome 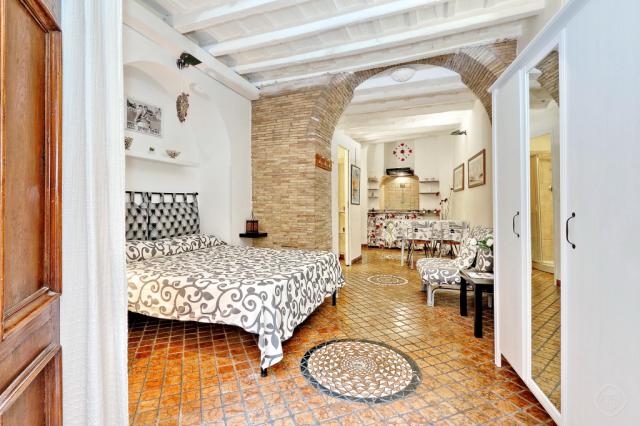 Show all apartments in Piazza Navona

Transportation from Termini to Piazza Navona

From Termini station to Pantheon you have the following options:

Please do check the Google map for more information about parking options and car free area’s.

When staying in one of our Piazza Navona apartments these food stores are in walking distance of your self-catering apartment and offer local and international grocery shopping. Not in the mood for home-cooking? In collaboration with our local partners we have selected some excellent restaurants to enjoy lunch or dinner.

One of the most famous squares in Rome, Piazza Navona, was built on the former Domitian’s stadium and it keeps the original shape of it, therefore it is a wide and long square. The “piazza” is located in the centre of Rome, nearby the Pantheon area, and it houses the liveliest bars and cafés in town, with their terraces overlooking the captivating monuments: three beautiful fountains and the Church of Sant’Agnese in Agone.

The central fountain represents four rivers from different continents, hence the name Fontana dei Quattro Fiumi; it was constructed around 1650 on Pope Innocent X’s commission and it features four statues symbolizing the rivers Nile, Danube, Rio della Plata and Ganges, lying on a rock supporting a beautiful Roman obelisk. The other fountains are the Fontana del Nettuno, dedicated to Neptune, the seas’ god, built in 1576, and the Fontana del Moro, the Moor’s fountain, based on a sketch made by Bernini, both realized by sculptor Giacomo della Porta.

The area around Piazza Navona stretches from the Pantheon until the Lungotevere dei Tebaldi in south-west, and the Lungotevere di Tor di Nona in north-east, two of the long streets extending along the Tiber’s banks, and it is cut in two by the large street Corso Vittorio Emanuele II.

Navona’s district comprehends also Campo de’ Fiori, on the southern side of Corso Vittorio Emanuele II; here the philosopher Giordano Bruno was executed for heresy in 1600, honored with a severe and austere statue dominating the square. This is by far one of the places where Romans love to spend their days and nights the most: from early morning, with the open market, until late evening, when the music coming from the bars surrounding the statue of Giordano Bruno invades every corner of the square. An area worth while exploring from one of our Piazza Navona apartments!

When staying in one of our Piazza Navona apartments you can just walk and experience all these Rome must sees!