Sojourning in one of our Pantheon apartments represents more than one advantage: this is the historical centre of Rome, offering spectacular views and little ancient treasures at every single corner that have formed this neighborhood through the past centuries but it is also a modern shopping centre and a delightful agglomerate of pubs, bars, restaurants, art studios and galleries. Below you find our most popular Pantheon apartments and a link to all apartments near the Pantheon. 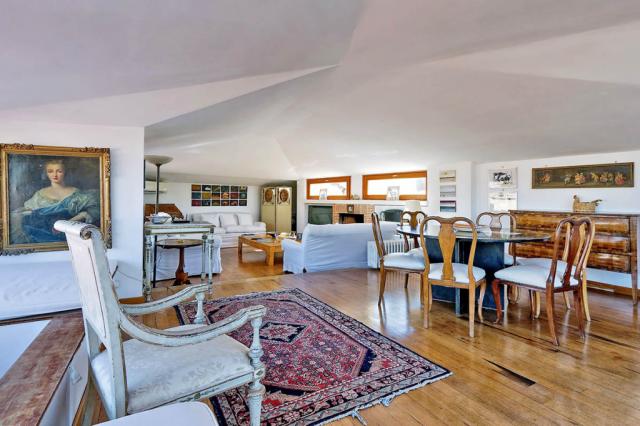 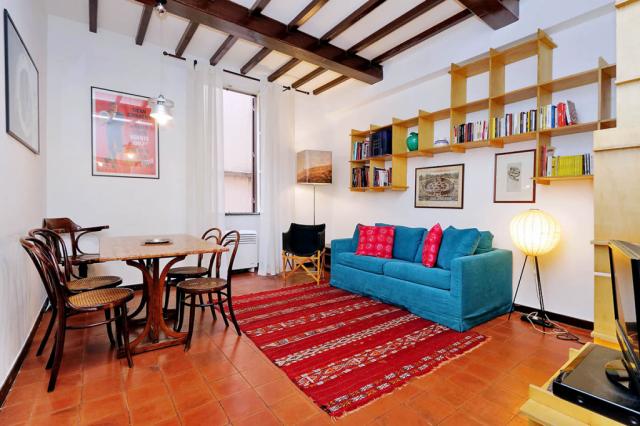 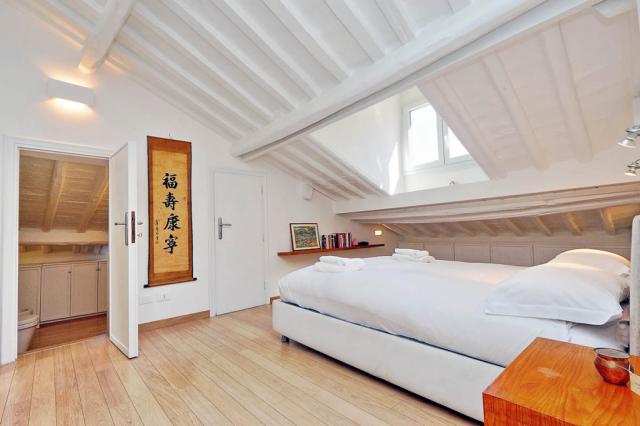 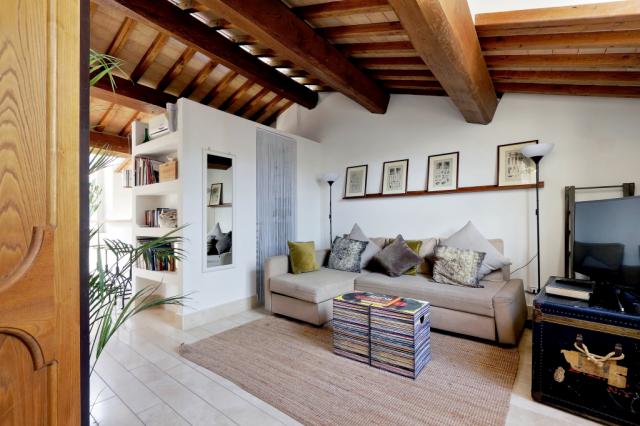 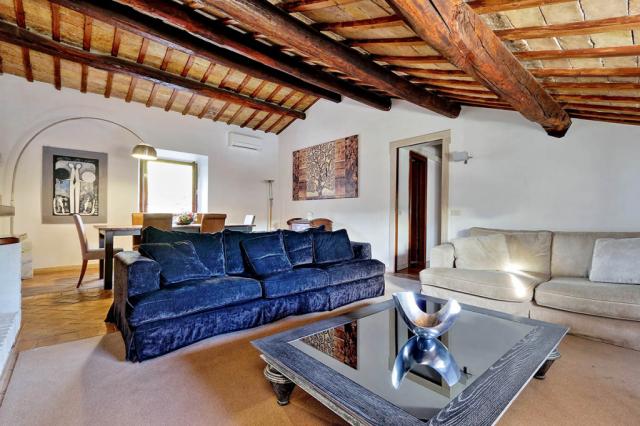 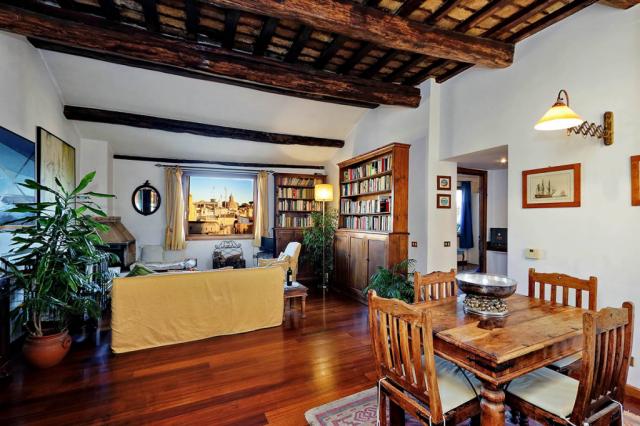 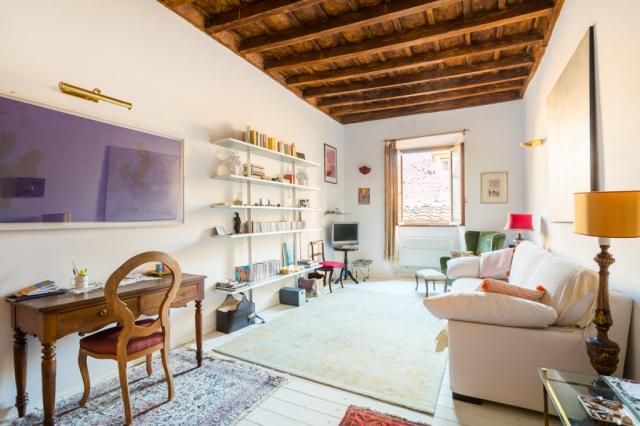 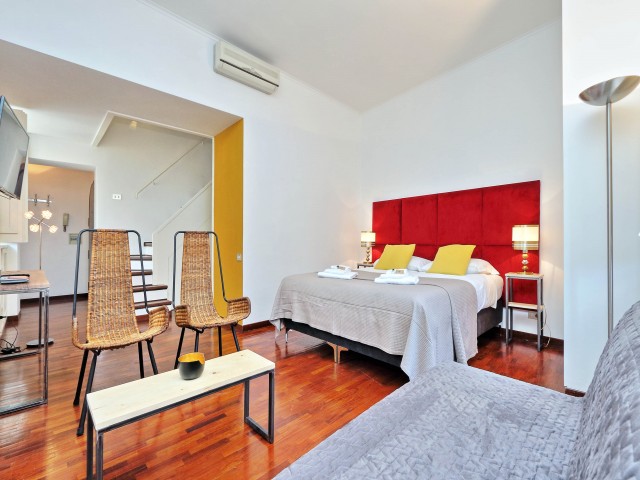 Show all apartments near the Pantheon

Transportation from Termini to Pantheon

When staying in one of our Pantheon apartments these food stores are in walking distance of your apartment. Not in the mood for home-cooking? We have selected some excellent restaurants to enjoy lunch or dinner.

This is the area extending from the Pantheon temple to the Fountain of Trevi, with the Montecitorio Palace housing the Chamber of Deputies of the Parliament of Italy and Piazza Venezia (see Colosseo area) defining its borders, respectively in north-west and in south-east.

The area is named after the circular temple dedicated to all the gods of ancient Rome, commissioned by Roman statesman and general Marcus Agrippa and consecrated in 27 BC, but rebuilt and renovated several times in the centuries, becoming a Catholic temple (it was a church under Pope Boniface IV, who consecrated it to the Virgin and the Martyrs) and now hosting the tombs of two Italian Kings, Vittorio Emanuele II and Umberto I, and the tomb of Queen Margherita, being it nowadays still a church open to visitors, with Masses celebrated on every Catholic festivity.

This monumental temple is characterized by circular and rectangular shapes recurring also in the interior’s structures and designs; the dome presents an oculus which is always open and allows sunlight (and rain) in the temple. The only entrance to the Pantheon, also brightens the splendid interior’s decorations blending Catholicism and Paganism in a unique and suggestive mixture of religious symbols.

The monumental facade of the temple with its eight columns overlooks the Piazza della Rotonda hosting a beautiful fountain with a Baroque obelisk, built respectively in 1575 and 1711, first under Pope Gregory XIII and later under Pope Clement XI.

The area surrounding the Pantheon is certainly one of the most touristic areas in Rome, but also a neighborhood for many Romans willing to enjoy a good lunch or a drink during a break from work in daytime, a shopping walk in the late afternoon and a busy and cheerful district at night with its bars and restaurants surrounding the Renaissance buildings, the ancient pagan temples and Christian aedicule and niches. It is the main area of the historical centre of Rome, characterized by narrow streets and small squares extending around the wide, perfectly straight Via del Corso, a 1.5 km street, mainly pedestrian, leading to Piazza del Popolo, the square defining the Villa Borghese area.

Pantheon highlights
Ideally, a visit to the Pantheon area would take a whole day and it might need a good map of the centre (maps of the area are also available for free at some kiosks) and comfortable shoes, even though public transportation links efficiently every part of the district to one another; but visiting the area by foot will not let you exclude any spot of it.

Starting from Piazza Venezia and walking up through Via del Corso you will find Palazzo Doria Pamphilij on your right, a triumphal palace of the Renaissance housing the Modern Art Gallery of Rome, occupying the four main wings of the building, preserving many paintings from the modern era of Europe – Caravaggio’s Repentant Mary Magdalene, dated 1595 or Velàzquez’s Portrait of Pope Innocent X Pamphilij along with Jan van Scorel’s Portrait of Agatha van Schoonhoven among many others.

Proceeding along the Corso, you will reach the astonishing Piazza Colonna, with the historical Column of Marcus Aurelius, which gives access to the Montecitorio Square and the homonymous Palace, seat of the Italian Chamber of Deputies, designed by Gian Lorenzo Bernini and completed by architect Carlo Fontana in the XVII century. The interiors of the Palace were rebuilt and redecorated in Art-Deco style in early 1900 by Ernesto Basile, the main exponent of the Art Nouveau movement in Italy.

Via d’Aquino is the street leading to the Pantheon square, starting from the back of Montecitorio and ending right in Piazza della Rotonda, where the imposing temple is situated. After a visit to the Pantheon, proceed through Via dl Seminario, in the direction of Via del Corso: here you will find the Church of Sant’Ignazio, an amazing church completely decorated in frescos and marble of the Renaissance.

Right of the other side of Via del Corso, Via dei Sabini first and then Via dei Crociferi are the streets leading to the Baroque Fountain of Trevi, finished in 1762 by architect Giuseppe Pannini but based on original sketches made by Gian Loenzo Bernini made in 1629. This gigantic fountain depicts the god of the oceans (Oceanus) taming the waters, surrounded by rocks, shells and mythological marine monsters, the hippocamps. Give your back to the fountain and throw a coin in it: you will be ensured a return to the Eternal City, as the Roman tradition holds.

An area worth while exploring from one of our Pantheon apartments!

Staying in one of our Pantheon apartments allows you to just walk and enjoy all these Rome must sees!