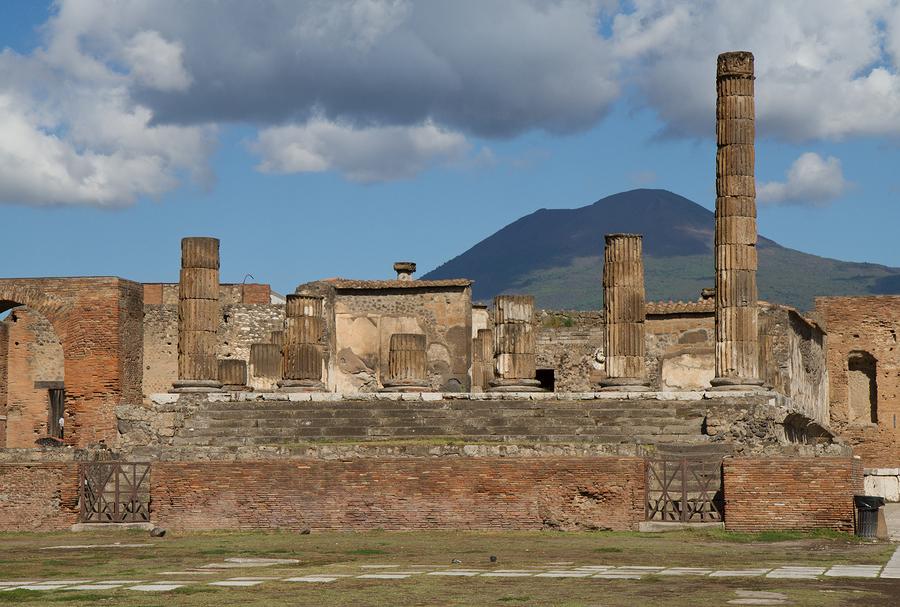 Rome’s ever-bustling streets hold enough mystery and excitement to keep you as busy as you’d like to be, but on your next trip to the Eternal City try to make time for a day trip or two. From volcanoes to pristine beaches, from hilltop cathedrals to rustic palatial gardens, you’ll be surprised where you can go in a day. Come stay with us at one of our apartments in Rome.

Essentially a suburb of modern Rome and easily reachable from the city center in under an hour, Ostia Antica is a remarkably preserved Ancient Roman harbor city. This is a must for history buffs and architecture aficionados, with some of the region’s best examples of ancient art, architecture and culture.

Tivoli, a medium-sized town nestled among green hills, is about an hour northeast of Rome by train. The main attractions are the Villa Adriana, once the grand retreat of Emperor Hadrian in the early 2nd century; and the Villa d’Este, a phenomenally picture-worthy palace-and-garden combo dating back to the 16th century. These unique historical sites, combined with a charming old town and dramatic geography, make Tivoli an easy choice for a day trip.

This massive volcanic lake looks like a hole punched into Italy’s boot. Offering 36 km of freshwater “coast” with amenities ranging from upscale to absolutely rustic, Lake Bracciano is a freshwater playground to fit any budget. Reachable in about an hour and a half by commuter train, you’ll be able take a dip and do some village hopping—and still make it back to Rome for happy hour.

Though an intimidating 3 hours from Rome, the capital of Tuscany is worth getting up early to see. Known as the “cradle of the renaissance,” Florence boasts a wealth of magnificent architecture and historical sites. Be sure to pay homage to the Duomo, which competes easily with St. Peter’s Basilica in Vatican City, and don’t forget to grab some Tuscan takeout for the ride home.

Finishing up are two sites that threaten to expand this list into a “top 6”: both Naples and Pompeii (not to mention Capri, Ischia and other fabulous islands in the neighborhood) are deserving of your complete time and attention. However, the savvy and efficient visitor can, and often does, visit both in one day. Naples can be reached by train in about two hours, and you’ll already see the ominous peak of Mt. Vesuvius from the city center. Another quick trip will bring you to Pompeii, the star-crossed town that lay under mountains of ash and dirt for more than a millennium.