The Founding of Rome: Myths and Legends

The Founding of Rome: Myths and Legends 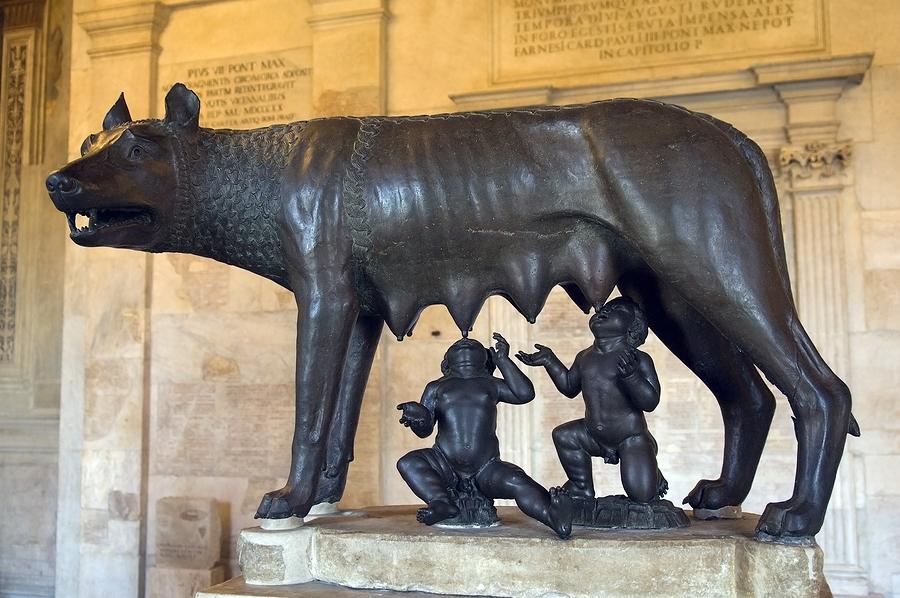 Rome, by any account, is an ancient city. Although a variety of sources point to different years, most agree that its foundations were laid sometime between 700 and 800 B.C. Things worked a bit differently before the age of democracy and the internet, so it’s not surprising that Rome’s founder was an illigitemate, wolf-suckling, fratricidal teenager.

The story begins with a supposed virgin giving birth to twins in Alba, a city in the hills about 12 miles southwest of the future site of Rome. Accusations were made that the woman’s purity had been despoiled by none other than Mars, the god of war, and that her sons were then demigods. The new mother wasn’t just anyone, either, but the daughter of the rightful king of Alba, who had been dethroned by his own brother. Fearing retribution from her potentially very strong sons, the usurper ordered them to be killed, but the servants charged with the task simply abandoned them next to the Tiber River.

This part gets interesting: a female wolf, taking pity on these puny, hairless human pups, commenced to lactate and provide the boys with lasting sustenance until they were discovered by a local pig farmer. The Greek Plutarch, writing in the 2nd century A.D., took a skeptical perspective and re-packaged the she-wolf as a prostitute and the god Mars as, essentially, a date-rapist. Symbolic or no, one of Rome’s most famous landmarks is the Capitoline Wolf sculpture, which depicts a female wolf suckling two oblivious, evidently hungry, human infants. As with the legend, accounts of the sculpture’s origin vary widely, with some claims that it dates as far back as 300 B.C.

The story continues: when the twins were in their late teens, their identities were revealed and they returned home to Alba to kill the imposter king and restore their grandfather’s rule. After accomplishing their task, they hightailed it out of Alba and got started right away on founding their own city. The hotheaded brothers had an argument—in most accounts over the exact hilltop on which to begin laying brick—and Romulus ended up killing his brother. With Remus dead, Rome received its namesake (“Reme” just doesn’t sound as good, anyway) and its birthplace on Palatine Hill.

When you’re in Rome, be sure to pay homage to the legend by visiting the wolf sculpture on Capitoline Hill.Archaeologists added some legitimacy to the legend when they found evidence that civilization had existed on this hill since at least 700 B.C. These and the other Seven Hills of Ancient Rome are easily reachable from our Rome apartments in the city center and near the Colosseum.