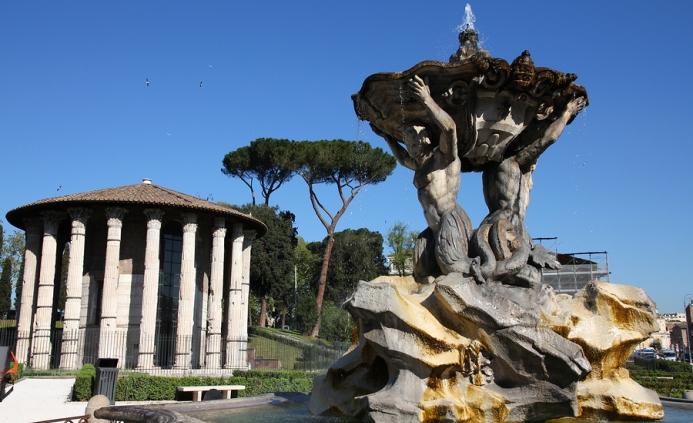 What is history? Well, one of the most correct answers would be ‘Rome is history’. Indeed, the capital of Italy earned its name of the Eternal City because there’s a piece of history in every nook and cranny of this magical place, despite all the transformations that have occurred over time. Below is a list of 5 top less-popular ‘survivors of the past’, still available to see once you’re there for even a short stay in Rome. Come stay with us in one of our wonderful Rome apartments.

Dating back to the period of 13-9 century BC, this astonishing monument has been created to celebrate the times of Pax Augusta, i.e. the Augustan Peace during the reign of Emperor Augustus after his successful military campaign against Hispania and Gaul. This majestic work of art is made entirely of marble, and its surface depicts symbols of wealth on the inside while its outer walls present members of Augustus’ family. Today, it can be admired inside the contemporary interiors of Museo dell’Ara Pacis.

Located right below Saint Peter’s Basilica, this astonishing cemetery was completed during the period between the 1st and the 3rd century AD. It is said that Peter the Apostle was buried there around 60 AD, which adds to the overall atmosphere of mystery of this amazing place. In fact, once you go down to explore the mausoleums and catacombs, you will most surely come across the bones of Saint Peter himself! Apart from that, you’ll be able to take a look at the broad spectrum of artefacts and ornamentations to remind you of the essence and inevitability of death. Oh, if you’re considering a trip to this unique site, make sure to book your visit at least 2-3 months in advance!

In essence, it is a mausoleum built for Emperor Hadrian and his family in 135-139 AD. Located near the Vatican, it stands proudly over the bank of Tiber, with the statue of Saint Michael the Archangel overlooking the surroundings. Believe it or not, but the actual name of this amazing piece of stonework comes from the hearsay that in 590 AD Archangel Michael appeared on its top – hence the presence of the monument. Another legend says that the castle was also used as a papal ‘emergency exit’ from the Vatican through a labyrinth of underground passages. This is, however, something you might not be able to verify, but you will be able to get an excellent view of the city, as well as enjoy a nice cup of coffee while admiring the surroundings after a quite challenging climb to the top of this sturdy fortress.

The temples of Forum Boarium

This historically-significant complex of temples is found between the Palatine, the Capitoline and Aventine hills, quite close to the river of Tiber. The most impressive thing about it is that it was completed as long ago as 80 BC, way before the times of the Roman Empire! The round 19-columned structure is called the Temple of Hercules Victor and dates to the 2nd century BC, which makes it the oldest surviving building in the whole city of Rome! Another temple seems a bit similar to the remains of Athenian Pantheon; it’s known as the Temple of Portunus and was constructed around 100-80 BC. Both served as churches in the past, hence their surprisingly good shape. And come to think of it – once you’re there, you’re looking at over-2000-years-old man-made works of art… You have to admit that it is something, isn’t it?

It’s pretty common to see that each Roman emperor had an ambition to ‘overshadow’ his predecessor by making his own mark on the map of Rome. Emperor Caracalla was no exception. Evidence? The second largest (right after Baths of Diocletian, which were constructed later, however) public bath complex in the Eternal City. The remains of them are to be seen past Villa Celimontana – you’re bound to notice them from quite afar. After all, with over 25 hectares of surface area covered by all of its facilities, and with its main building being 228 metres long, 116 metres wide and – originally – 38.5 metres high, it’s really hard to miss even the ruins of this huge bathing facility. One thing is sure – it is not to be missed. Take your most comfortable pair of shoes, as the walk along all the paths will surely take some time. And with a bit of imagination, you may make this 216 AD stonework come alive once more…