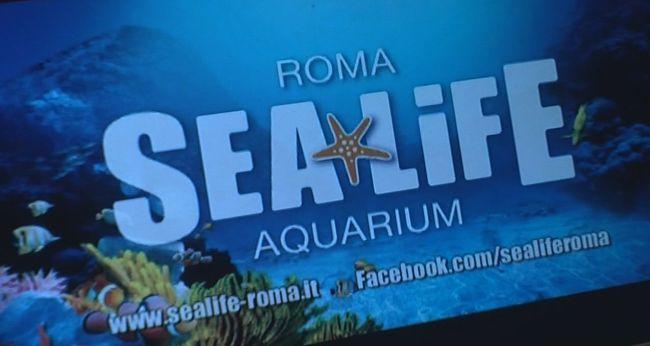 Take a cultural side track into one of Rome’s lesser known areas; explore a neighborhood built in the 1940s as a model for the Rome of the future. EUR is an architectural masterpiece built in marble and stone hosting the museum of Roman civilization and brand new aquarium Sea Life opening summer 2013.

Getting to EUR is easy, taking the metro B line direction Laurentina getting off at EUR Palasport. The metro B stops in Rome’s most trafficked areas, including: Termini, Via Cavour, and the Colosseum (Colosseo). EUR is a neighborhood off the beaten track, very different from the rest of Rome. Wide streets, monumental stone buildings, and a lake give this neighborhood a particularly airy atmosphere. It was built during the 1940s as a model for a Futurist-Roman city, called EUR, an acronym for universal exposition of Rome. It was Fellini’s favorite neighborhood where he filmed scenes for Boccaccio 70 with the emblematic white building Palazzo della Civilta’ Italiana. EUR’s architectural spaces are also represented in the metaphysical paintings of Giorgio DeChirico.

For the history buffs EUR offers the Museum of Roman Civilization located in Piazza G. Agnelli, 10. Fourteen rooms tell the complete story of the history of Rome and its population, from its Pagan origins onto the Christian period. This museum holds some of the most important Roman artifacts, mostly original statues and reproductions of Roman objects including a catapult. Some of the most famous pieces in the collection are the statue of the warrior of Capestrano; the full statue of Julius Caesar; and the sculpture of the head of Brutus. Another attraction in the museum is the detailed plastic model of Imperial Rome in the time of Emperor Constantine. The Museum of Roman Civilization also includes a museum of astronomy and a planetarium. Projections on the 14 meter dome recreate the movements of the stars and planets. The planetarium also offers many live events and free lectures on science. The hours for the museum are Tuesday-Sunday: 9.00 am – 2.00 pm. Closed on Mondays; 25 December; 1 January; 1 May.

In the center of EUR there is a man-made lake and park area. The lake is surrounded by the park with walk ways and bike lanes. A popular walk in the park is the the Passeggiata del Giappone (Japanese walk). In 1959 the Prime Minister of Japan donated 1200 Japanese cherry trees which were planted in the the park. In March and April when the cherry trees blossom it is common to see people admiring this spectacle and doing pic-nics. The park also has a popular bar on the lake side called Giolitti with a full bar, artisanal ice cream, lunch menu, and a play area for children. As far as restaurants go there is Lo Convento (the convent) which serves hearty Roman dishes such as spaghetti all’Amatriciana and spaghetti alla carbonara as well as meats on the grill and fish.

The main new attraction in EUR will soon be the Sea Life aquarium which will open in summer 2013. Sea Life will host 100 marine species from the seas and oceans of the world in 30 different tanks. The aquarium will be located directly under the lake. An exciting feature is the marine tunnel where species can be observed on all fronts. The array of creatures will include robotic fish that have been developed by the Campus Bio-Medico di Roma. The robot-fish will look real do to their latex skins and will be equipped with movement sensitive sensors. The visitors will be able to pilot these fish with touch screens located outside the tanks.