Christianity revisited – a grand reopening of the Catacombs of Priscilla

Christianity revisited – a grand reopening of the Catacombs of Priscilla 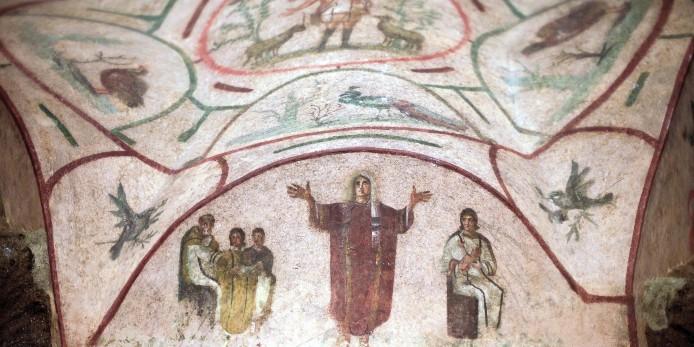 With a vast number of cultural treasures spread around the whole Eternal City, your short stay in Rome may need to change into a longer stay. However, we believe it’s all a matter of selection, and we’re here to help you make the most of your time in this wonderful city. And what better place to start than the astonishing and mysterious Catacombs of Priscilla reopened to the public? Rediscover beauty After five years of meticulous maintenance by top professionals in the restoration industry, the Catacombs of Priscilla were opened in the late 2013 to visitors again and became almost instantly an object of a truly heated debate. But more on that later. Although the place is under the supervision and governance of the Vatican, it is, in fact, located in the north-eastern part of Rome, past Villa Borghese, on Via Salaria, right next to the picturesque park complex of Villa Ada. Its entrance is found in the convent of the Benedictine Sisters of Priscilla. The beautiful location suits this remarkable site perfectly, as once you go down to explore the many-kilometre-long labyrinth, you’ll be astonished by the aesthetic qualities of frescoes stretching along the walls. You’ll be able to witness some of the finest examples of Christian art, including hand-painted biblical scenes from the 4th century, featuring the likes of Apostle Paul and Peter, as well as rituals accompanying Christian burials.

What’s more, this magical place contains an amazing fresco of the Madonna nursing Jesus. It dates back to as early as 230-240 AD. It is possibly the earliest depiction of the Madonna and Child known to mankind, so a visit to the catacombs may be also a great history lesson. Also, you’ll have a good opportunity to gaze upon burial chambers of popes, which will undoubtedly enrich your impressions of the trip.

As mentioned before, the Catacombs of Priscilla are considered not only a delightful sight to see, but also a bit of a thorn in the flesh of the Vatican. Why so? Well, the thing is that among all the marvellous frescos discovered in this charming maze, two seem to question the concept of priesthood to a great extent. One of them is to be seen in the ochre-coloured Greek Chapel – it features a group of women reportedly involved in conducting the ritual of Eucharist, and the other portrays a women seemingly dressed in a typical church robe and holding her hands up in the air, just like a priest. Some say this serves as a solid proof that women were once priests, while others believe it might be just a legend. Once you’re on the spot, make sure to take a look at these controversial works of art in person and take a stand in the debate on the matter.

Oh, and if you wish to get a ‘preview’ of what to expect, it is now possible by courtesy of Google (though we have to admit that it looks much better in reality, of course). Click this link and take a virtual tour through the catacombs.