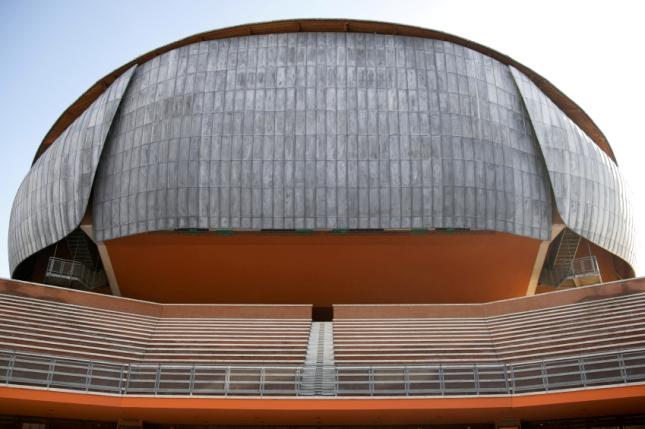 Countless films have depended on Rome as a backdrop for narratives that just wouldn’t fit anywhere else in the world, and the city has borne and fostered some of the world’s most renowned filmmakers.  Today, Rome celebrates the art of film through top-notch festivals catering to every audience and covering every genre, from blockbuster to avant-garde.

Any tourist’s Picasa album is a testament to Rome’s uncannily photogenic quality, but beyond that, the Eternal City has a rich and diverse film heritage. Roman productions wowed the world as far back as 1910’s The Fall of Troy, but things got really serious in the ‘40s when dogmatically liberated filmmakers shot their textbook-destined slices of life in the dusty Roman streets, forming the massively influential Italian Neo-Realism movement.  In subsequent and surrounding decades, Rome played a major part in the lives and films of a slew of innovative filmmakers, not least the irreproachable Federico Fellini, whose early work on Rome, Open City elevated the city’s status from backdrop to central character.  Later, the director’s opus (well, one of many) La Dolce Vita is as much an ode to Rome’s architecture as to the idle ennui of celebrity.  Hollywood, apparently jealous of the authenticity and timeless beauty of Roman streets, joined the action in 1953 with Roman Holiday, and Americans haven’t left the city alone since.

Paparazzo’s tiny Alfa Romeo has been garaged for half a century, but present-day Rome is still a haven for filmmakers and aficionados.  In the summer months, you’ll find a multitude of free screenings around the city where you can passively absorb Rome’s celluloid image while ensconced in its unflaggingly photogenic spaces.  For the not-so-passive spectator, Rome also hosts two important festivals that bring together modern filmmakers, critics and audiences from around the world to show that Rome is still a major player in the Seventh Art.

The Rome International Film Festival is run by the Fondazione Cinema per Roma, whose mission is to promote film in just about any way, and to make sure that Rome gets a piece of the cultural and economic pie.  The festival’s Première program focuses on glossier productions and major stars (Twilight 2 had its Euro premiere here), but CinemaXXI encourages genre-bending experimentation of a high caliber, and Prospettive Italia keeps it real for the home team, presenting only new Italian films. Last year’s big winner and proud owner of the Golden Marc’Aurelio d’Oro Award for Best Film was Larry Clark’s Marfa Girl, an American rumination on art and religion in small-town Texas.

The 8th edition of the Rome International Film Festival will take place November 8-13, 2013 in the Auditoreum Parco della Musica (possibly an inspiration for Beijing’s Bird’s Nest), north of the city center.  Unfortunately, political and economic pressures have the festival’s future in the air, as the new Director struggles to justify his art-over-Hollywood stance and gather enough investment for the show to go on.

RIFF’s motto, “For True Independence,” represents the mission of the organizers in creating a festival focused on quality rather than budget. The festival proudly repels corporate sponsorship and mass-market-oriented films, instead working to further the careers of promising independent filmmakers by offering exposure and prestige for imaginative, original work.  RIFF has an international scope, and filmmakers from anywhere are eligible for their top prize. A number of prize categories are also Italian-specific, so they’re doing their part to encourage new Italian filmmakers to live up to the past.  The two top prizes include distribution deals, which is much more practical for indie filmmakers than any gold-plated paperweight.