Beyond the Sistine Chapel: Contemporary Art in Rome

Beyond the Sistine Chapel: Contemporary Art in Rome 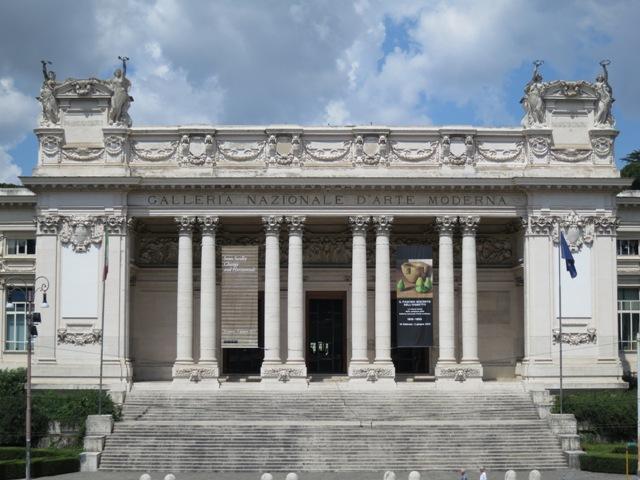 It’s been a while since Leonardo, Michelangelo and other legendary Ninja Turtles were swinging their brushes in Italy, but the art scene is very much alive and well in Rome.  If you’re an art aficionado, shopping for a high-end souvenir, or just cruising for open-bar gallery parties, you’ll need to know where to start.

Rome’s contemporary art doesn’t get nearly as much attention as, say, its Renaissance or Baroque collections, but the comparative lack of exposure can be refreshing (no one wants to gallery hop with Clark Griswold).  As in many large cities, the art community is multinational and English friendly, and so easily accessible to any foreigner who dares to be curious. The mobs and masses can wait in line for a glimpse of retouched fresco and a whiff of authentically stale air, but those with their aesthetic sensibilities tuned to the here-and-now will find plenty in Rome to occupy their ocular apparatus.

It’s still a relatively new concept to showcase contemporary art on a public level in Rome, but these museums make it look easy.

GNAM has been showing modern art since it was contemporary. Having opened its doors in 1883, the original Gallery was devoted to establishing a collection of Italian art to represent the freshly united Italy. Along with changing politics, museum directors often changed their collection strategy throughout the decades; the result is a disparate and surprisingly comprehensive assortment of 19th and 20th century art. GNAM had a jaunt as the contemporary art museum in Rome through the 1980s and 90s, but the establishment of MAXXI took the focus on contemporary art elsewhere, allowing GNAM to stick to what it does best.

Laying claim to the most basic acronym on the subject, the MACRO boasts a well-established constituency and a schedule of world-class exhibitions, performances and events.  Even the bar is a trendy scene come nighttime.

MACRO is split into two spaces (with two separate entrance fees, unless you opt for the 2-EUR savings of the combined pass).  The permanent collection, housed in the main space in an old Peroni factory, lets you browse a chronological progression of Italian art, from the 1960s until now.  The satellite space, the MACRO Testaccio, plays host to lively performances and exhibitions in a romantic former-slaughterhouse setting.  Both sites are open late, when they’re open.

MAXXI: National Museum of Art of the XXI Century

MAXXI’s nickname may remind you of a popular feminine product, but it’s really quite a clever abbreviation—who thought of pronouncing those Xs anyway?  Genius.  The building is an impressive testament to willpower and architectural savvy, having finally opened its doors in 2010 after 12 years of planning and construction.

MAXXI is on one site, but is split into two museums: one is devoted to architecture and the other to art.  From the name, you may expect nothing but the most contemporary of contemporary art and architecture, but MAXXI situates itself in relation to the recent past, its exhibitions encircling the latest fin de siècle.  The building regularly hosts screenings, performances and other events, and is home to an ever-growing collection of painting, sculpture and photography both purchased by the foundation and donated by private collectors.

Rome is no Chelsea (or Milan, for that matter) by standards of art-market saturation and volume, but the burgeoning gallery scene has plenty to offer both casual perusers and seasoned collectors. Most galleries are concentrated on streets spoking south from Piazza del Popolo, then fan out between the Piazza Barbarini to the west and the river to the east; here are a few highlights, and sleekly modern, understated signs to look out for.

Larry Gagosian has plenty of experience running galleries, with the Gagosian namesake behind 11 locations around the world.  His exhibition lists read like college essay topics, and the space in Rome is a tastefully converted bank.  You might not be in the market for a Warhol or a Hearst, but they won’t force you to flip through the catalogue.

This Modern and Contemporary art gallery exhibits more local talent than Gagosian, so if you want to keep your finger on the pulse of Italian art, this is the place to go. Exhibitions span genres and media, from oils to video installation and live performance.

With a deep repertoire of cerebral imports, Monitor gallery predominately exhibits the work of contemporary expats, but certainly doesn’t discriminate against natives of its own city.  Upcoming installations bring Greek and Parisian sensibilities to the Tiber banks.

Basically competing for floorspace with the Coliseum, S.A.L.E.S. is easy to wander into after getting your fill of ancient architecture.  If the name says anything about the intention, you’d better get your checkbook ready.  Contemporary expats again comprise the majority of this gallery’s exhibitions.

Not just an opportunity for free snacks and booze: gallery openings, closings, and any-excuse events give the public (and their money) a chance to mix with the art scene’s major players.  That said, they are also great opportunities to grab free snacks and booze, so proud blue-collar backgrounds should never be an excuse to miss one.  If you’re invited to one of these—or happen to stumble across a trendy, saucy, children-as-accessories gallery crowd—don’t miss your chance to join in the fun.

The best way to know when things are going down is to check the event listings in English-language periodicals.  The quarterly Arte e Roma offers a more specific list of events, and can be found in most galleries.