5 Latin Phrases You Should Know, and When to Use Them in Rome

5 Latin Phrases You Should Know, and When to Use Them in Rome 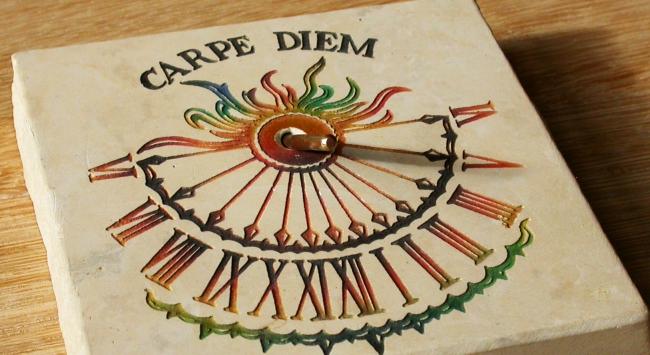 The Latin language is still widely used today as a syntactical model, a taxonomic scheme, and most often as a tool for bubble-headed quasi-intellectuals to flex some linguistic muscle. Outside the Vatican, modern Italian is the language of the land, but a visit to the birthplace of Latin is still a perfect occasion to drop a Horace quote or two. If you use these Latin phrases in the right way while visiting Rome, you’ll guarantee yourself (at the very least) an extremely smug sense of self-assurance.

When traveling to a new place, it’s always a good idea to learn the basics of the native language.  You’re on vacation, so advanced philosophical discussion is frowned upon, but you should at least learn enough to be polite to the grandmas or stutter your way out of a bar fight. If you’re going to Italy, you’ll have to know the basics (ciao, gratzie, per favore, mi scusi, etc.) but if you’re going to Rome, the former seat of the Roman Empire, from whence was born this mother-of-all-languages, you should probably learn some Latin too, right?

True, you can’t use Latin to order a pizza, hail a cab, or negotiate a restaurant check, but if you’re going to speak Latin anywhere outside a Virgil recitation, Rome seems like the place to do it. Plus, you probably already know more than you may think: Latin is everywhere, seeping through the roots of modern syntax, belying the entire Romance genre, forming the suffix of anything remotely taxonomized. Some have more direct experience than others, like

East Coast Prep School Kids and everyone working in Vatican City (which, as a prophylactic for convolution, I won’t delve into here) but just about everyone has subsumed a fair amount of the language. The point being, you’re probably already wired to speak Latin, so remembering a few phrases should be a breeze—and you won’t regret it when you see the bewildered look on your conversation partner’s face and have the time-tested privilege of explaining, with only slight condescension, “It’s Latin.”

Here’s a list of a few of my favorite Latin phrases, and suggestions on where and when (in Rome) to use them:

One of the world’s great false-cognates, this phrase has nothing to do with fish. Use it when you’re trying to get your friends out of bed the morning after running the late-night club circuit in Testaccio. “Too much Peroni last night? Come on, Carpe Diem!” Or just make coffee.

One From Many Greenback-slingers should be familiar enough with this former national motto, but it’s likely that the phrase was first strung together in a B.C. poet’s rendering of a type of cheese (though we can assume it was intended metaphorically). Try this one out while ordering some scoops from your local gelateri e: “One of everything, per favore. Separate cones? No way…E pluribus unum, baby, e pluribus unum.”

Often used to protect vendors from legal/customer-service related consequences of selling questionable goods, this phrase can be interpreted as a fancy “as-is.”  Still, it could go both ways. Head to the Porta Portese Flea Market for an unforgettable shopping experience; when you find that perfect 1963 Prada carpet bag, point out a smudge and say coyly to the vendor: “Caveat Emptor, eh? I think it’s time to start bargaining.”

The U.S. Marines contracted this phrase and made it their own in 1871, but civilians can use it too.  Try it out while taking a stroll across the Ponte Milvio (Rome’s “Lover’s Bridge”) with your spouse/ significant other. But remember that the phrase lacks a grammatical subject, and so depending on context, “semper fidelis” could be either a promise or a plea.

In Vino Veritas – In Wine There is Truth

Wine certainly deserves its reputation as the people’s truth serum: get enough booze in your system and you’ll start giving away your deepest, darkest, and often most mundane secrets to anyone (or anything) within earshot.  When in Rome, book a wine tasting with Vino Roma, and after “forgetting” to spit out your sample a few times, lay this one down:“In Vino Veritas, et verum est, bonum vinum” (In wine there is truth, and the truth is that this is damn good wine).